This is the home of Third Coast Kings, purveyors of proper Deep Funk and Heavy Soul based out of Michigan. We are here to deliver your recommended daily dose of Get Down Music! 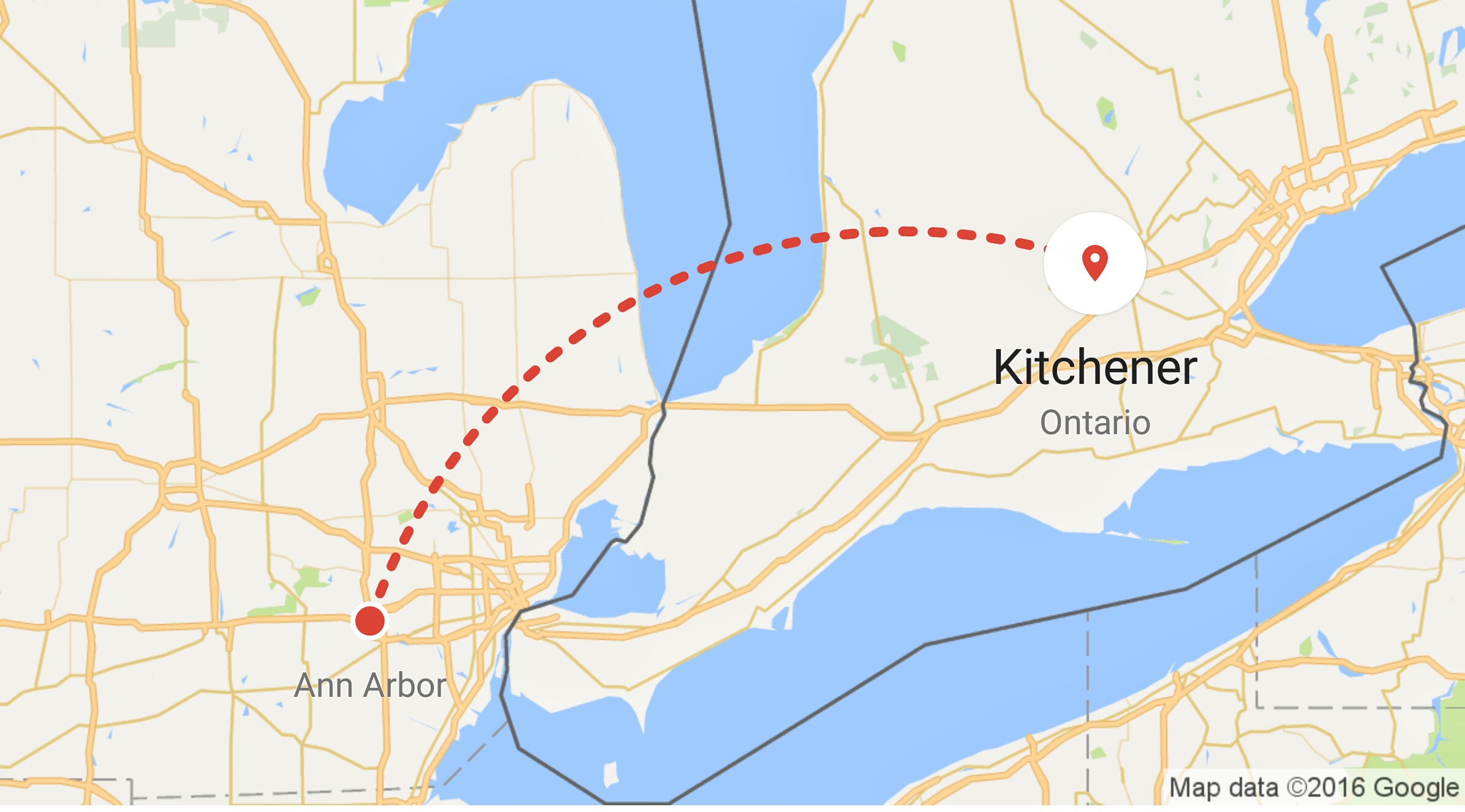 We headed into Canada from our base in Southeastern Michigan to make another delivery of funk. It hadn’t been too long since we were last in, but were looking forward to playing on July 1st, which in the US, is just another day. For our Canadian friends, it’s CANADA DAY! And just like July 4th is for us ‘southerners,’ it’s a day for cooking out, getting together with friends/family, and having a great time! For the band, it meant that we’d get to party twice in one week! HA! So, we loaded up the vehicles, and headed north.

Crossing a border can be a breeze, or an anxiety ridden time stuck in a no-man’s land of possibilities, most of which are crap (sitting, waiting, paperwork, police searches, sniffer dogs, angry/disbelieving looks, etc), and one which is great (getting to leave to your destination). When TCK first began going north, we had separately gotten stopped, and once the cops got to us, and saw that all of us were together, they let us through. This time, one car got through with relative ease, while the other car got stopped. A stressful time being had by half the band, puts us all at risk. Timing is off, getting to the venue, "are those guys getting cavity searched?" The thoughts that run around in the mind of those on the way. For those stuck in customs on a big holiday weekend, where a fine toothed comb is being used before letting anyone go onto their destination.

An hour and a half later, the car held back is released into the world. The guys are tired, stressed, and still have a good long trip ahead! The car that got through without trouble is on it’s way, first, to Kitchener, Ontario, where we were to set up for a classic Canada Day at the residence of a fan of the band, and birthday boy, a one Mr. Tim Willcox (natch). As a passenger in the first car, we fall out of the car, and into the relaxed situation at the house. There are entry fences outside, food being prepped, a stage being set up, basically a mini-festival is being held in not too big of a backyard, but in the layout, it would hold quite a few revelers. We felt right at home with the great hospitality, and after hearing from car 2 that they were on the way, the mood got even better.

A group led by three beautiful women, called The Divines, opened up the show, singing Motown and Stax/Volt stuff. Great time. Then, they let us onstage, and we get to dive into this marvelous time which is being had by all. That’s no exaggeration. A short video below will provide the proof! When this crowd jumped up and sang the Canadian National anthem? It felt great to be a part of! A proud group of Americans and Canadians enjoying each other during these crazy times we live in!

I would be remiss if I didn’t mention the beauty and glory that is Toronto, Ontario. A big city with it’s own issues, but beautiful. We played a set at the famous Rivoli, which sits at the crossroads of old school Toronto, and high tech hi-rise gentrification. A heady mix for your tired boys. We took some pics, played to some really lovely people who brought other people, who promised to spread the word about us to their friends! May this trend continue exponentially!

By the way, the sleep upon returning to Michigan was well deserved!

ON TO THE NEXT FUNK DELIVERIES!!!

In the Studio, Building An Album Pt.1

We, as a band, take a little bit of time to bring our new music out. Each album has allowed for two years of incubation before release. It’s a habit many bands go thru; writing, recording, touring. We are in a blended phase of recording, at the start of the summer gigging season. When everyone wants to be outside, by a lake, jamming onstage or on the dance floor, playing or getting down to some funky soul music. So, we oblige with our live shows! There will be many fun times had this summer, yes! There are also some very good songs worth the wait, on their way. The playing out helps us fill the songs with some growth before committing to record, so this is a good space, in a way, we find ourselves in. 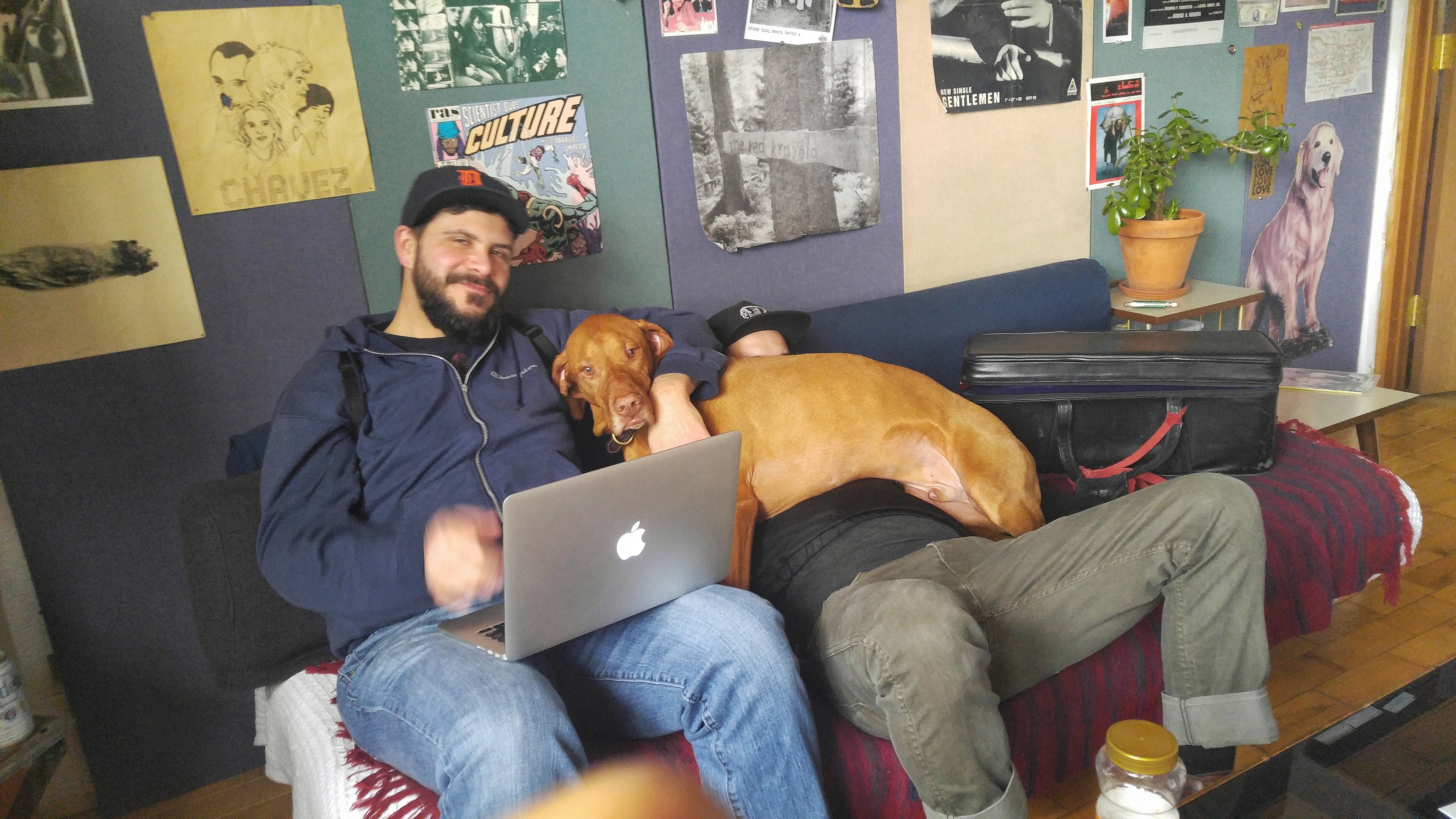 We’re making good progress, as well. As is custom when recording at our most frequent spot, High Bias Recordings, Chris, our engineer has us feeling at home. In fact, Watson the dog, got to hang out with us, while we recorded and decided upon proceedings. On the agenda for the weekend of recording was backing tracks for about 4 new songs (5 got done), some solos, and vocals. This part of the process is like cooking, because you’re excited about the dish, but there’s still one or two things from the store to get. Maybe. Definitely some new flavors and colors in this recording, some sounds that come from time playing and touring together. A stretching of the cupboard of ingredients, but still taste like the best homemade comfort food. Of course, it helps when Detroit's own Slow's Restaurant is so close! Y'all don't know! 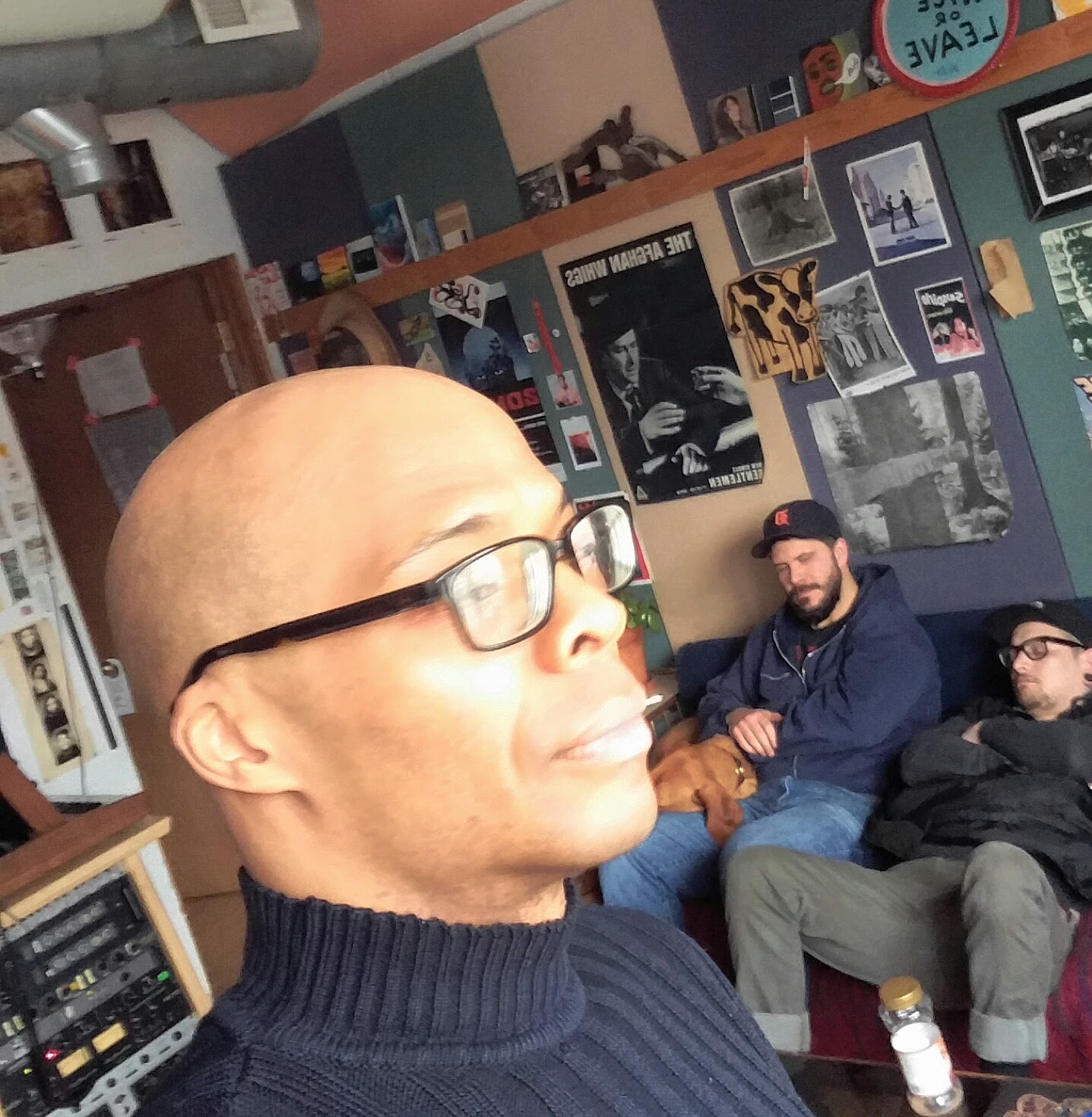 The bottom line, is that this group of new songs represents a continuation of our commitment to Deep Funk and Heavy Soul. They are also an evolution of the writing and performing we have been doing to date. To be true to the inspiration, but not in a copy, but a step toward something that we can lay claim to as well. New sounds! If you catch us live or online over this summer, you may hear these new songs as we shape them. Will you recognize the album versions? 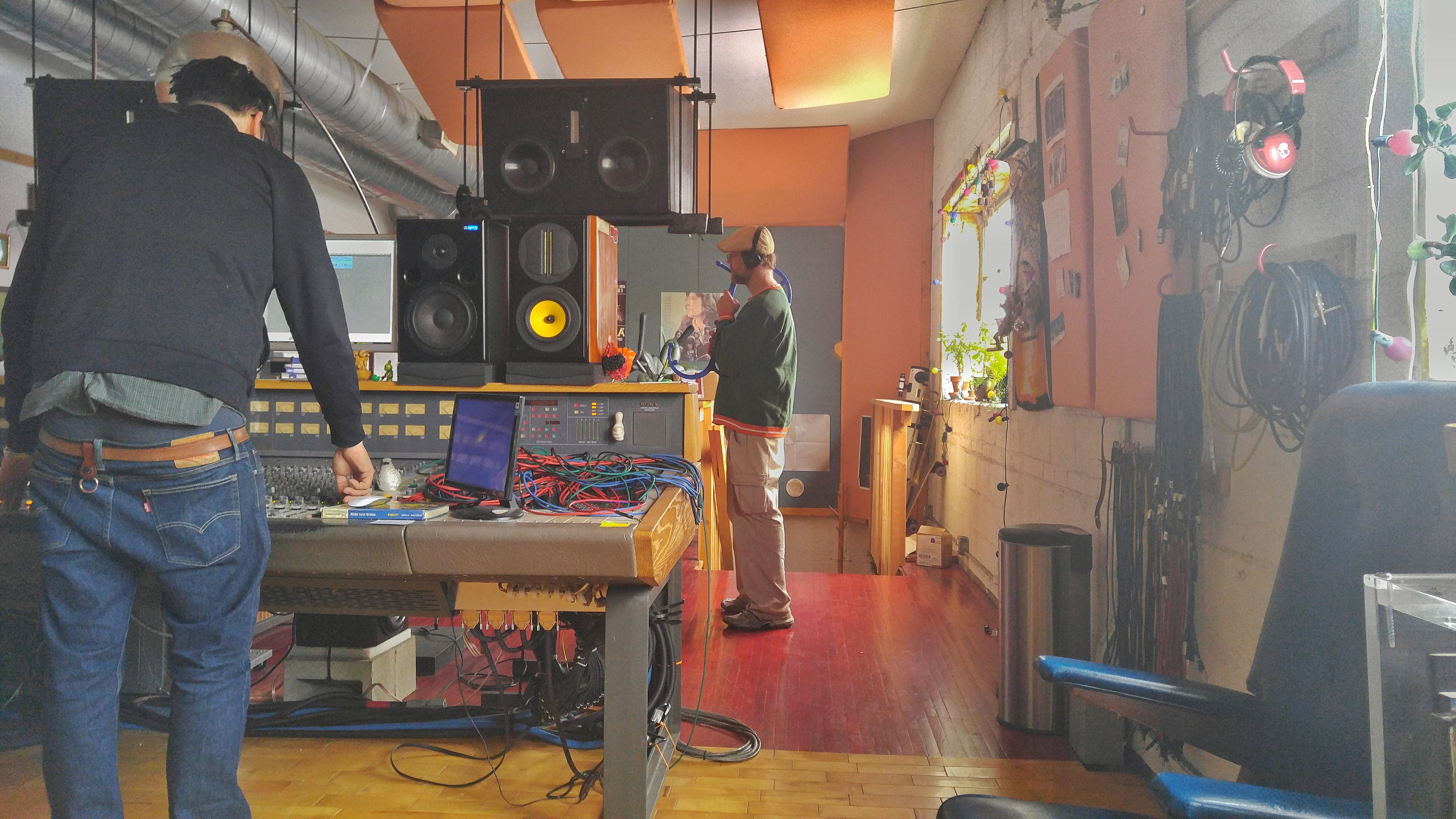 If You Go Chasing Rabbits...

This weekend, TCK ventured up to Kitchener/Waterloo, Ontario to help celebrate the 1st Anniversary of The White Rabbit, a spot that, a year ago, was not as well known to us, but on this weekend, was full of friends. We came to drop off a delivery of funk, as usual. This time, we had a number of new songs that were performed first, here, on Saturday night! 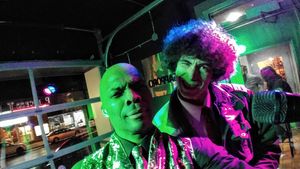 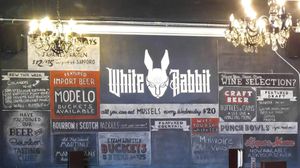 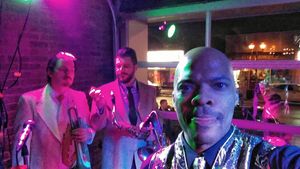 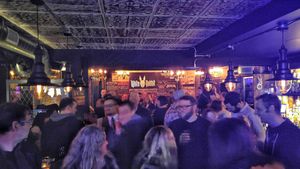 Whew! The new year is here and already going at a breakneck pace. To fill in what the band is up to, Sean sat down in front of a camera and set down five minutes of TCK onfo for you. Enjoy, anx let us know if you like it!

May your holidays be warm and funky!

October saw TCK traveling into Ohio, Detroit, and farther into Canada than we have to date. We had the pleasure of playing multiple shows with the same bands, which led to much fun being had, and friends being made! In fact, a big shout out to KC Roberts & the Live Revolution, Astrosymphonics, and The Soul Motivators! All great bands worth checking out!
So much Funk, Soul, and Jazz being played thru the month, it was hard to keep up with everything! Fortunately, we captured enough fun on camera to make something for everyone who couldn't catch our shows! Let us know if you like our document in the comments below, and we'll hopefully see you in person, soon!

Enclosed below is our submission for proper doses of Deep Funk and Heavy Soul for the month of October, or Funktober, because we'll be playing a bit this month. Including a swing thru Canada! We are honored and excited to present our reminder to you for good times with us thru this month!

Summer is giving way to Autumn, here in the Northern Hemisphere. As sad as that makes some, we thought we’d give you a little taste of how our summer deliveries of funk went! A ‘sip,' if you will, of Summer, just as our calendars turn the page to the final few months of 2015. If you like the video, or were at one of our shows this summer, comment below. Especially, if you have some pictures to share!

Quiet as kept, we began making studio noises, again, back at High Bias Recordings! Nothing to hear, yet. Just the beginning banging around. Nevertheless, have a glimpse into our first dip back in the studio in a year! 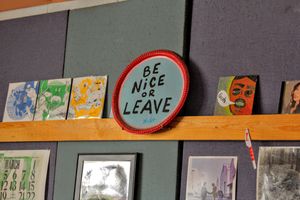 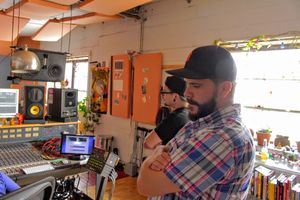 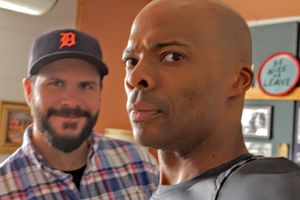 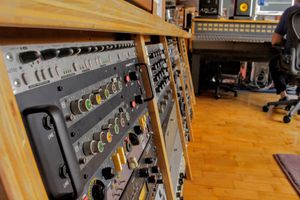